View your Free Credit Scores from All 3 Bureaus

The Somersworth Housing Authority was founded in 1961 for the basic purposes of conducting an Urban Renewal Program and creating public housing for families with children and the elderly. During the initial years of the authority under the direction of Martin J. Flanagan, the authority conducted an Urban Renewal program that consisted of acquisition and clearance activities designed to remove blighted conditions and to create a new business plaza in the downtown area. The initial years also saw the creation of two public housing developments; the Albert J. Nadeau Homes on Bartlett Avenue that consisted of 56-units of low-income housing for families, and the R.H. Filion Terrace development that consisted of 64-units of elderly housing.

In 1975 the Authority became the Authorized Agent for the City of Somersworth in matters relating to Community Development Programs. Since that time the Authority has been granted at least one community development program per year with the exception of 1983. Under the direction of Jack LaBonte as Executive Director and Joseph Couture as Director of Community Development and later as Executive Director the Authority has applied for and received funding in excess of $18,000,000 to provide grants and loans for housing rehabilitation, housing development, and social services. One of the projects was the construction of the new childcare facility adjacent to the Housing Authority on Bartlett Avenue.

In 1972 the Somersworth Housing Authority constructed the Martin J. Flanagan Community Center on Bartlett Avenue. Since that time the Authority has become the focal place for social services and junior basketball in the City of Somersworth. This facility has accommodated church, civic groups, athletic groups, social services agencies and the schools on numerous occasions. The facility has been the site for visits from such dignitaries as First Lady Roselyn Carter, presidential candidates Ronald Reagan and Ted Kennedy, Governors Meldrim Thompson, Huge Gallen, and Jean Shaheen.

In 1973 until today the Somersworth Housing Authority has been the grantee for both the Strafford Nutrition/Meals on Wheels program and the Somersworth Early Learning Center. The Strafford Nutrition/Meals on Wheels program provides daily noontime meals to people over 60 years of age in a congregate setting in the communities of Somersworth, Dover, Rochester, and Farmington. The program also provides meals on wheels to elderly and disabled persons in their own homes throughout all of Strafford County. The program provides in excess of 1,400 meals per day. Since its inception, this program has provided in excess of 2 million meals. The funding for this program is provided through the State of New Hampshire, Division of Elderly and Adult Services.

The Somersworth Early Learning Center began as the Somersworth Childcare Center under the Somersworth Housing Authority in 1973 and started in the Martin J. Flanagan Community Center with 20 children. The program grew over the years to 50 children per day between the ages of 3-6 with a before and after school program for school age children. This number was too great to continue to be accommodated at the Flanagan Community Center. In 1991, Director of Community Development, Joe Couture applied for and received a $1,000,000 grant on behalf of the City of Somersworth and the SHA from the Office of State Planning under the Community Development Block Grant Program with which to construct a new day care center. The center is located on land across Cass Street from the Flanagan Community Center. The new center accommodates 125 children per day and the program has expanded care to include infants and toddlers and continues a large before and after school program. The Center was renamed the Somersworth Early Learning Center in 2001.

In 1995 the Authority applied for and received a grant for the Congregate Housing Services Program. This program that is housed at the Charpentier Apartment Complex provides at home assistance to 23 frail elderly participants. The program provides for case management, one meal per day, housekeeping assistance, and transportation. The rationale for the program is to assist elderly and disabled residents with daily living activities in order to keep them in their homes and communities as long as possible. The program is an alternative to nursing home care and costs about 25% of the cost of a nursing home.

In 1996 the Somersworth Housing Authority took on a new venture in the provision of assisted housing. The Authority partnered with the New Hampshire Housing Finance Authority, the Office of State Planning and People's Heritage Bank of Portland, Maine in order to purchase and renovate the historic Queensbury Mill on Market Street. The property was totally renovated into 24 one-bedroom apartments and a large community room with office space utilizing the Low Income Housing Tax Credit Program. This program raises equity funds from a for profit partner and gives that partner the tax exempt status of the Somersworth Housing Authority over a 15-year grant term. The property is owned by a partnership with the Authority acting as managing general partner for a period of 30 years. The property does pay full property taxes to the City of Somersworth.

In the year 2000 the Authority established a partnership with the Somersworth Police Department in order to provide a police officer to the Authority to work with families, youth and the elderly. This partnership received a COPS grant from the U.S. Department of Housing and Urban Development. The Authority then applied for a Milton S. Eisenhower Foundation grant in order to establish a Youth Safe Haven/Police Ministation at the Albert J. Nadeau Homes. This program provides after-school programs aimed at helping youth between the ages of 6-18 with their homework and also trying to keep them out of the criminal justice system. This program is a model program for youth development. In the time that this program has been in existence crime has dropped dramatically in the public housing environment in this complex.

In 2004 the Authority partnered with Jeff and David Francoeur of Somersworth to construct a development that will be known as the Maple Street Senior Housing Development. This development that is located on Maple Street Extension in Somersworth will house 37 one-bedroom elderly and disabled persons. This program has also been developed under the Low Income Housing Tax Credit Program. Construction will continue for the next nine months with an anticipated grand opening in February, 2004.

The future is bright for the Somersworth Housing Authority. What began as a small Urban Renewal and public housing authority with 120 units of assisted housing has developed into a multi-service housing authority that manages a total of 272 units. In addition to this the Authority will continue to own and operate the Flanagan Community Center, the Somersworth Early Learning Center, the Congregate Housing Service Program and the Youth Safe Haven/Police Ministation. The Authority will also continue to act as the grantee for the Strafford Nutrition & Meals on Wheels program that will continue to serve at least 1,400 meals per week to deserving seniors across Strafford County.

To provide persons of very low, low and moderate income with decent, safe, sanitary and affordable housing both in project-based and tenant-based programs without discrimination; also to provide programs targeted at ending dependency through education and employment to those individuals who are in need and/or want of new skills to improve their standard of living; and for those persons who are disabled and/or elderly to provide a living environment capable of dealing with their needs within their homes and community and not having to prematurely institutionalize individuals who can remain in their homes with assistance; and to the children of very low, low, and moderate income families to provide services aimed at early education and literacy that will enable them to have an even start with their peers in order to compete on a level that will insure the breaking of the cycle of dependency.

HUD sets Income Limits for each area based on the median family income in that area. Each Public Housing Agency (PHA) will use the Income Limit set for the jurisdiction that the PHA covers. Therefore, a family may be eligible for one PHA but not another. The number of people in a household determines the Income Limit that is set for determining the family's eligibility for the program that they are applying for. Below are the Income Limits for Strafford County, NH:

Fair Market Rents are HUD's determination of the average rents in a particular area for each bedroom size. The FMRs are set each year based on the rental rates of unsubsidized units so that participants in HUD programs have equal access for affordable housing. Here are the Fair Market Rents for Strafford County, NH: 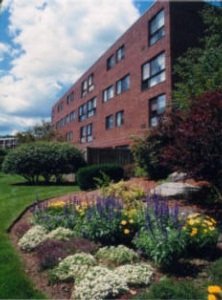 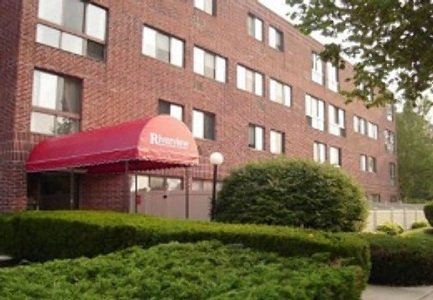 The Meadow At Northwood

on your rent mortgage each month Why ? 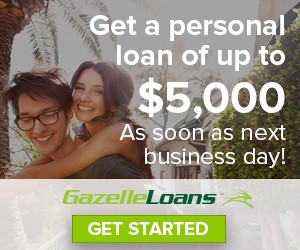 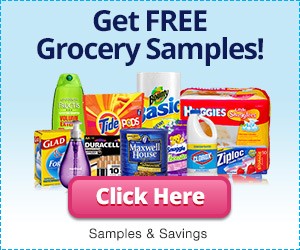